When you’re new to a country how do you find out about good places to eat? For me I usually check out Trip Advisor, read blog posts and google reviews. Here in Egypt there’s El Menus which is similar to Zomato, a webiste I relied on a lot in Qatar. Having carried out my due diligence and read great reviews I reserved a table at The Smokery in Katameya Heights for a night out. We eventually arrived just after 5pm after a scenic detour thanks to Uber! 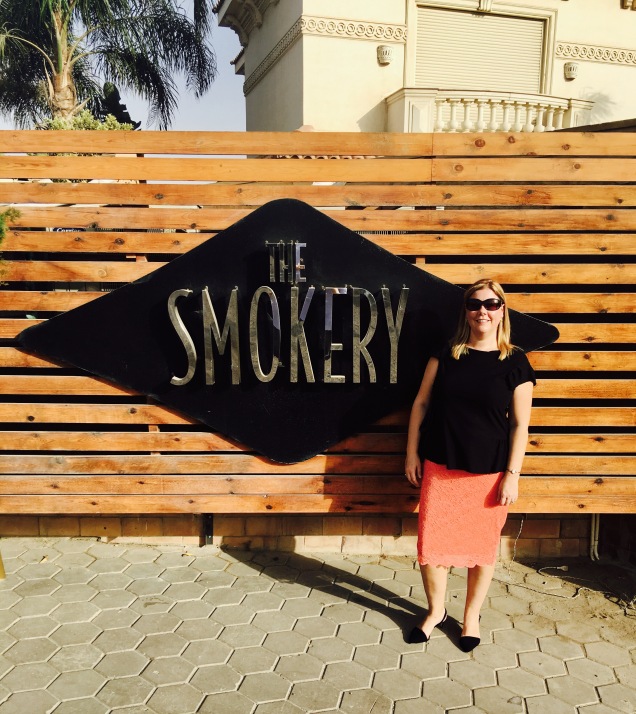 You know the feeling when you make a reservation and walk into an empty restaurant? Yeh, that’s exactly what happened. We assumed it would get busier later on and we were shown to our table by the hostess who told us we had the table ‘with the best view’. It was pretty; the weather was perfect and it was nice to sit outside overlooking the golf course and lake. We were quickly brought the menu and hopes were high it was going to be a lovely evening.

The menu written, in English and French, was extensive and the food sounded delicious. We took a while to decide what to have but the staff didn’t seem to mind as they were setting up for the evening and, as the only customers, we didn’t feel rushed at all.

We decided to share a couple of appetizers and have a main course each. Our drinks were brought over but there was no interaction at all from the waiter. I know due to language barriers communication isn’t always easy, but a smile wouldn’t have gone amiss. We placed our food orders and again no interaction other than to repeat our order back to us. 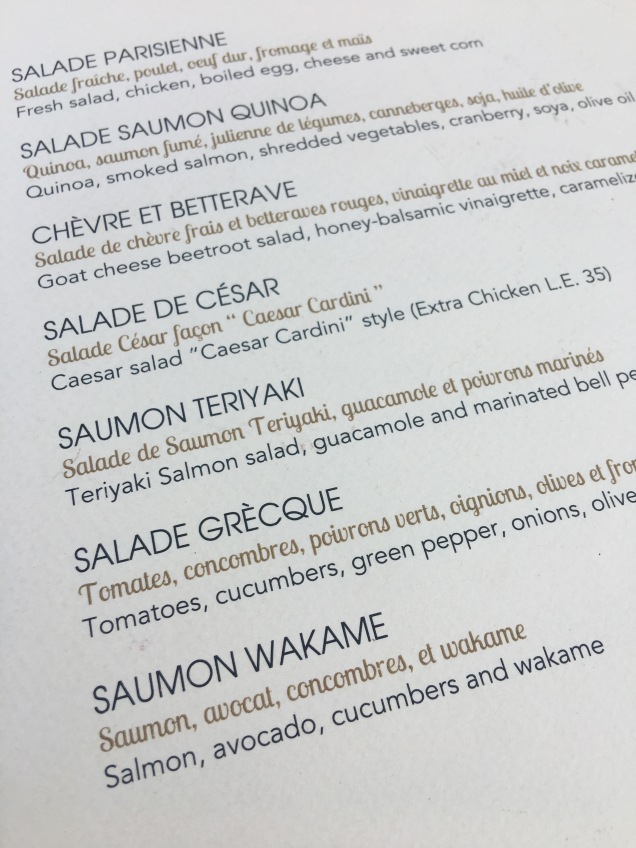 After waiting about 10 minutes our appetizers were placed in front of us in silence. The chicken satay was ok. It was lukewarm and the sauce wasn’t particularly flavoursome, the chicken was also fairly dry. The tempura shrimp faired a little better, the plump shrimp were hot and crispy and the chili sauce packed a punch. It was just a bit ‘standard’ I think from the reviews I had higher expectations. We assured each other the mains would be better! 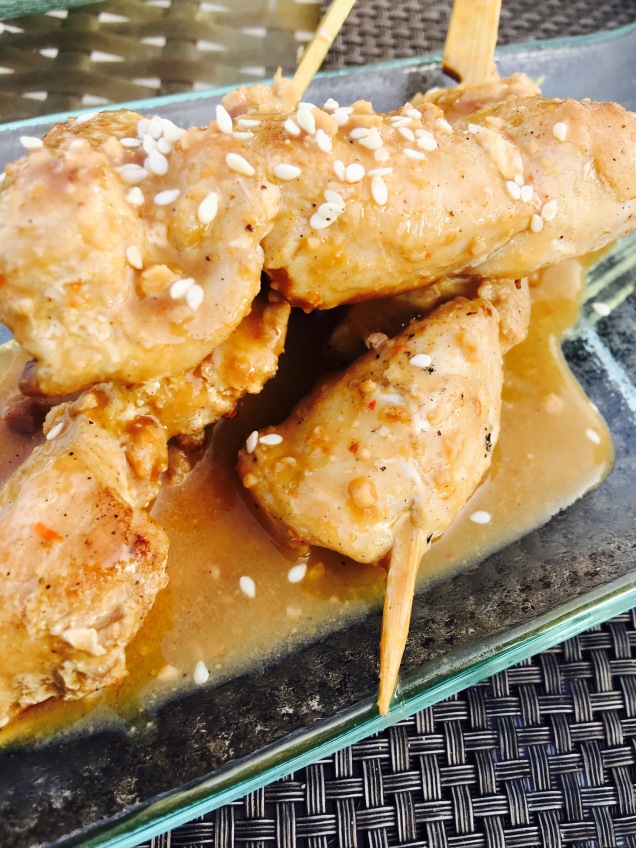 After a suitable wait our plates were removed, again in silence, and our main courses were brought out. I thought my quinoa salad with salmon was well presented but unfortunately it didn’t taste as good as it looked. The quinoa had no taste and the ‘julienne vegetables’ (carrot and cucumber) didn’t add any texture. The salmon was tasty but very rich as there was nothing sharp to cut through the smokiness of the dish and it was just a bit bland and…….boring!

Greg was happier with his surf n turf. The steak was cooked medium as requested and the potatoes were well seasoned, the shrimp were really tasty. However there was a big jump in price from the steak to the surf n turf and he didn’t feel the 2 prawns were worth the extra cost. He also felt it the dish should have had some veg.

Our plates were removed in silence, no enquiry if we enjoyed our meal or any smile or acknowledgment. By this point 2 more tables were occupied but there wasn’t really any atmosphere apart from the staff coming and going on golf buggys. We decided against dessert or more drinks and asked for the bill. At this point a manager came and told us there was a problem with the till and our bill was hand written. Even he didn’t ask about our meal or show any interest in our visit.

We left a little over an hour after we arrived. As we left we walked past 3 members of staff and then the manager – not a single person said goodbye or even glanced at us! Unfortunately for us The Smokery was a bit of a disappointment. Yes, as other people had reviewed, the setting is lovely but in my opinion the food and service has got to match and for us it sadly didn’t. It wasn’t representative of the warm and friendly service we’ve experienced during our time in Cairo so far. Would I go back? I doubt we would eat there again but it is a nice spot for drink so I won’t rule out a return visit completely.

The Smokery have been in touch with me, keen to find out more about my visit. It was really nice to speak to the Operations Manager and discuss some of the points I raised. He was very keen to emphasise that our experience certainly isn’t what customers should expect, we’ve been invited back for dinner. I’ll update this post again if we return. I thought it was really good of them to contact me – things don’t always go right but I feel they’re trying to make amends.

8 thoughts on “The Smokery, Katameya Heights”