Last week I had what was previously referred to as a ‘Doha Day’ – I’m not sure what to call it now I’m in Cairo but it wasn’t a good day. Greg felt I needed a bit of time to myself, a bit of pampering, so he suggested I booked a solo staycation at the Kempinki near our home (I think he was just trying to get rid of me). The hotel offers a fantastic staycation package so I booked in for the Thursday evening reserving a single occupancy, deluxe room via their website and paid $130. The staycation package includes;

Check in  – So that I could make full use of my stay I arrived at midday. I didn’t expect my room to be ready so planned to go to the pool but I was pleased to be told it was available. Check in was friendly and, at the time, I felt it was efficient but in hindsight it could have been better. The lobby area is lovely with a wonderful flower display and a huge chandelier, there were lots of staff on hand. I was personally escorted to my room and my bag followed a few minutes later

The room – I booked the cheapest room and I was happily surprised at how luxurious it felt for a ‘basic’ room. I loved the high ceiling and large windows as this made the room feel light and airy even though the furnishings were deep, rich, dark colors. It was very well sound proofed despite it facing the ring road.

The bed was very, very comfortable and the room overall felt spacious. In addition to the TV and work desk ( with USB ports) there was a long corridor with a full length mirror, luggage storage, clothes hooks, a drinks stand with tea/kettle, complimentary water and a Nespresso machine.

​​I was disappointed to see that the fridge was empty as was the space for the Nespresso capsules and the tea bags hadn’t been replenished either. Maybe housekeeping hadn’t had time to restock the room as I’d checked in early? After mentioning these issues to reception everything was quickly brought to the room but really the room shouldn’t have been made available until everything was checked. 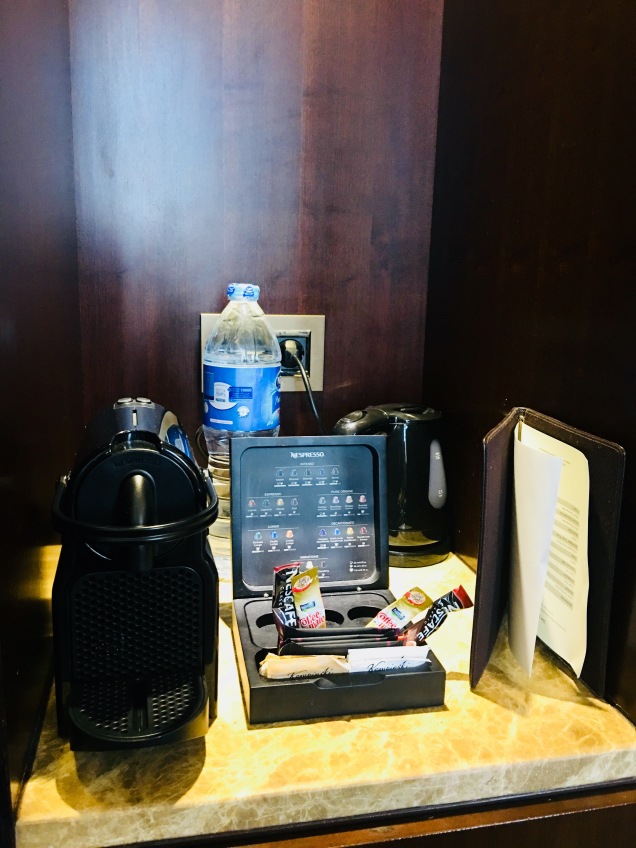 ** rant alert**  I rung housekeeping to see if I could have some fresh milk as I think using powdered creamer in tea is just gross, but they said it would not be free. This simple gesture in a 5 star hotel really frustrates me. A small milk is 4LE, I point blank refuse to pay room service for milk so Greg ended up bringing me one over later that night. Its just annoying and a personal bugbear of mine  **rant over**

​The bathroom was huge and was spotlessly clean. In addition to the rainfall shower there was a separate bath, toilet, bidet and a large sink.

The bathroom also housed floor to ceiling wardrobes with plenty of space for those staying for a few nights or more. There was a safe, hand held hairdryer and slippers. The robes unfortunately were missing.


Facilities – I mostly used the outdoor pool and the spa area during my stay. The pool is a really good size and the space has been well designed. Some rooms have access straight onto the pool area, there are lots of loungers with umbrellas and there is a cafe area which offers drinks and snacks. The staff here were really attentive bringing over towels and cold water. There is a small, shaded children’s pool and close by there are changing rooms, lockers and toilets. I found the pool very peaceful on a morning and even though it slowly got busier it never felt really cramped or noisy.

​
​I also went to the indoor spa area which is absolutely stunning, it really did feel like an escape from crazy Cairo! Although I didn’t have a treatment ( I plan to do so next time) I used the indoor pool and Jacuzzi, there is also a sauna and steam rooms available. The staff here were warm and friendly, they offered to show me around but really I just wanted to lie down and nap!

I didn’t use the gym but, for a hotel, the Gym area looked very well equipped and not just an afterthought. It is certainly good enough for a workout for most people. 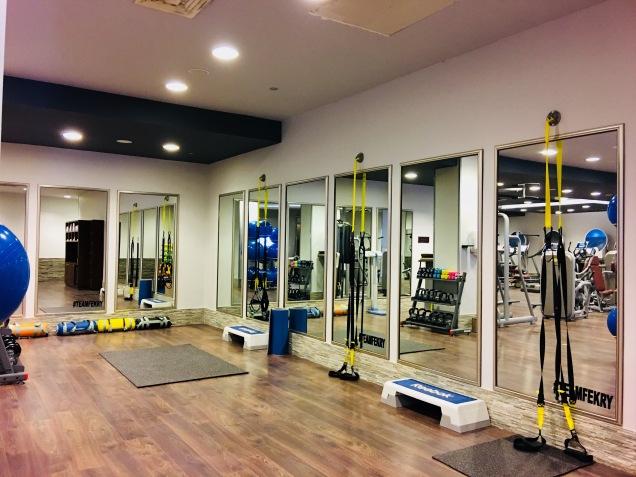 Food and drink – For me this was the most inconsistent and disappointing part of my stay. The kofta by the pool on my first day was deliciously fresh and tasty as was the pizza, so I would recommend eating here. 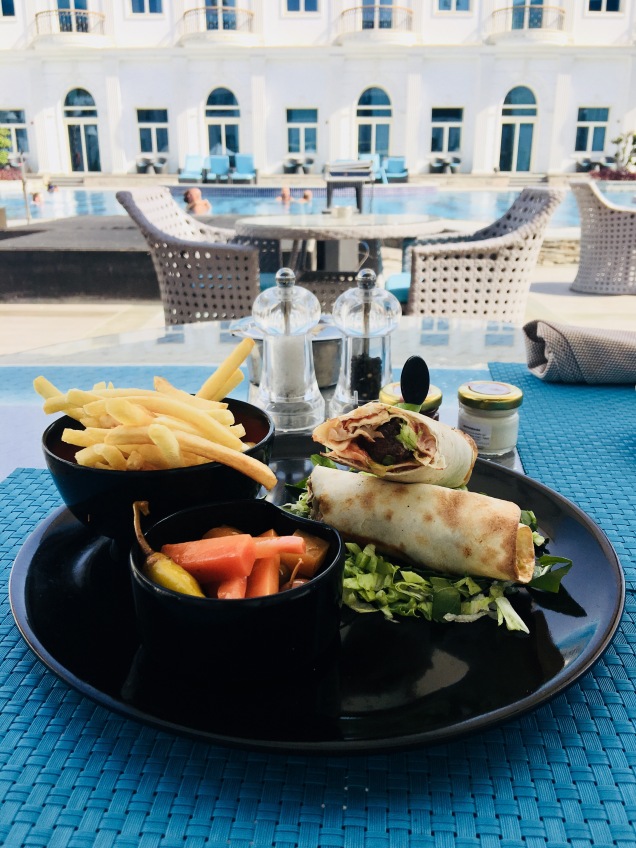 However, when Greg came to join me for dinner and we ate at Lucca the Italian restaurant, it was nothing special. We decided to share the antipasta but on the menu there was no description of what this included. We asked and we were told it was grilled vegetables, seafood and cheese but when it arrived it seemed to be a rather odd mix of ‘bits’ with a pile of spinach to bulk it out. There were some prawns, a bit of pasta and veg but nothing that stood out or impressed us. It also tasted heavily of olives which neither of us like!

The main courses were below average in comparison to other Italian dishes we’ve had. My penne chicken with aubergine was definitely under cooked to the point I had to pull pasta out of my teeth, again it tasted very strongly of olives – this ingredient wasn’t listed on the menu.

Greg’s fish cannelloni was only just warm and again the pasta was under cooked. We decided not to stay for dessert. 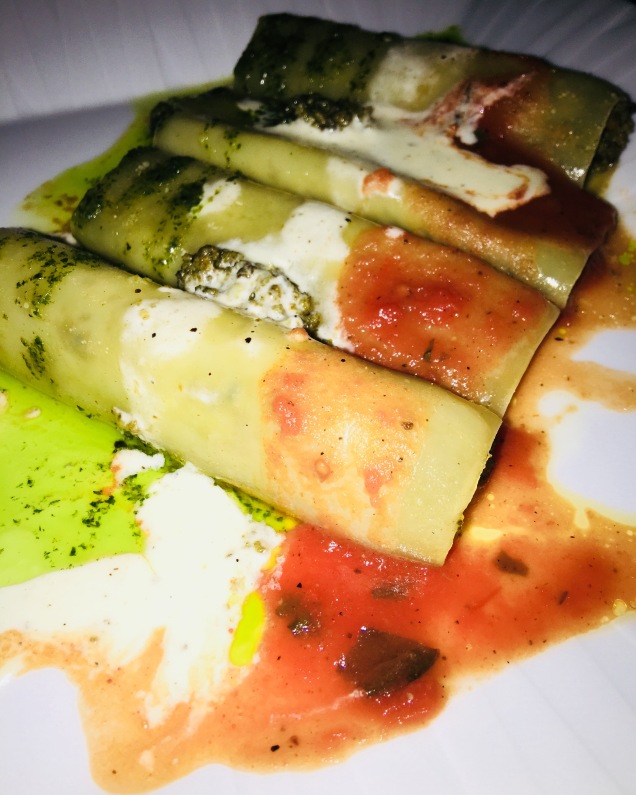 The first cheque that came wasn’t ours and we sent it back, the second cheque didn’t have the 15% discount which is applicable in all 3 restaurants. The manager told us that we couldn’t use the 15% on the a la carte menu but he was happy to do so on this occasion. However, we had been told by the front desk staff we could use it on any item. Throughout my stay it was clear the staff weren’t aware of the staycation offer and if they were there were mixed messages. Indeed, it took me 4 attempts and a trip to reception to get the voucher needed for the complimentary pizza as the staff didn’t know what I was talking about and I hadn’t been issued with it on check in.

We also went to 1897 Bar for drinks but it was very quiet and there wasn’t really much atmosphere. The prices in here are quite high and I wondered if this was a reason why it was empty? I did like the ‘gentleman’s club’ feel to the place though. 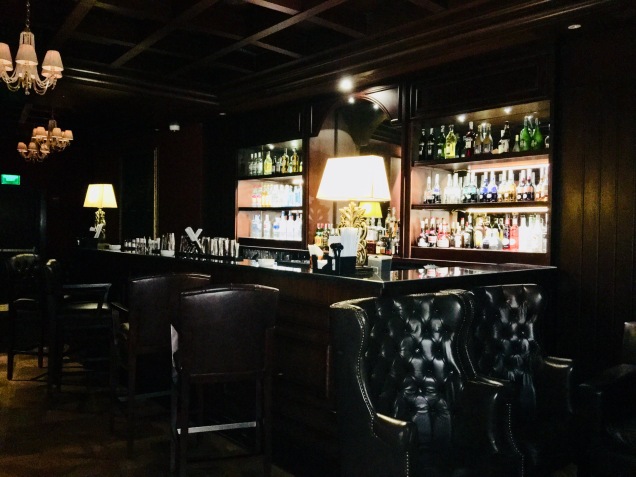 Breakfast was an average hotel buffet. Fresh pastries, cheeses, meats, an egg station etc –  it was OK. I felt some of the food wasn’t replaced quickly and it would have been nice to have some healthier options such as smoothies and more fruit as this was quite limited. Service at breakfast was very good. 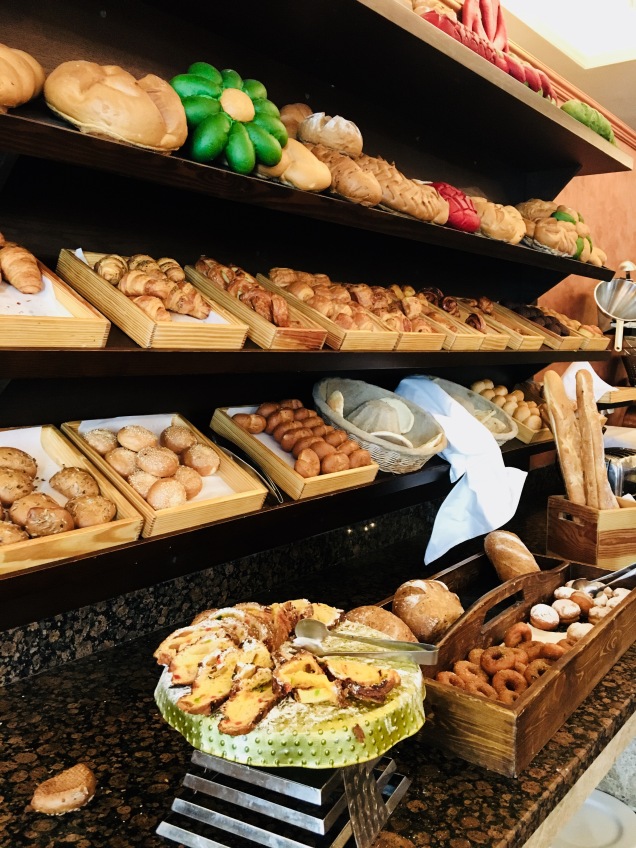 Check out  – As I had a late check out I was able to spend most of the day by the pool before coming back to pack which was a huge bonus. On check out my bag was taken so that it could be stored until I was ready to leave. I did ask to speak to the manager to clarify a few questions I had about the package as I felt that some staff didn’t know about the 15% off promotion, the complimentary pizza and as I hadn’t been upgraded I questioned if the hotel was full. After him ringing a few people it transpired he didn’t fully understand the package either! He was very nice about the points I raised and clarified the following for me;

Verdict  – I think the staycation package is an excellent deal and its something I would definitely recommend. I was really taken aback with how different the hotel looks inside in comparison to the outside. The staff were very good and the whole hotel was designed with attention to detail. My room was lovely, I really liked the mix of textures and fabrics and the way the room was laid out. The hotel facilities are excellent especially the pool and the spa, I came home feeling relaxed and happy. It wasn’t seamless, there were some problems, but if not many people are using the promotion this to some extent is understandable. I do feel that further training is needed for staff in the restaurants regarding the discount and I suggested that on check in someone who is staying on this package should get an envelope with the discount for the restaurants and spa and the pizza voucher as this would eliminate any confusion.

Would I go back? Yes, absolutely …maybe next time I will take Greg along and we would give the Italian a miss! So, if you’re looking for a weekend retreat, an escape from city life, this would be the perfect get away. Shortly after my stay I was sent a survey about my experience in which I highlighted all the points raised in this post.

Brunch at Compass Cafe - avocado with poached eggs and pickled cabbage
Seafood, Cantonese BBQ, hand pulled noodles, sushi, sashimi and a fantastic dessert section. Read my review of the weekend buffet @thelanghamshenzhen (link in bio)
🙋🏼‍♀️I admit it, I jumped on the bandwagon and bought an air fryer. They make THE best chips, just like the ones my mam used to make in her ancient chip pan 😆